The poor are always with us 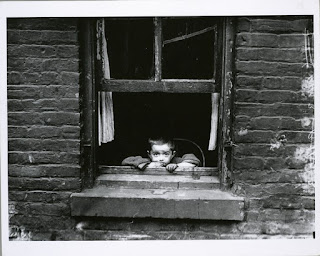 You can’t plan these things, really. Our country is currently experiencing a crisis around immigration and here I’m writing about a Victorian-era response to an immigration crisis. What are the odds? Anyway, here goes…


You can lead a horse to water. A leopard can’t change its spots. Water seeks its own level. Putting lipstick on a pig. Silk purse from a sow’s ear. I wonder just how many proverbs and wise sayings warn us about the folly of expecting to transform society with ideals concocted in the ivory towers of idealism? In the late 1800s, the first wave of college-educated women descended on an unsuspecting world with the expectation that finally, things would be changed by the work of their lily-white hands. Nurtured on Tolstoy, Walt Whitman, and Jacob Riis, they turned their naïve, sincere eyes on the wretched masses who thronged urban alleyways and vowed to spend their youth and energy turning the tide of human suffering.


Jane Addams, offspring of a senator who got frequent notes from Abraham Lincoln, worshipped her Quaker father’s pacifist ways and helped found the American “Settlement” movement—the first serious effort to help the poor by living among them. Her history-making venture was Hull-House, a huge, ramshackle building that housed both her band of earnest, eager social missionaries and some of the needy they served. "Twenty Years at Hull-House", written in 1911, chronicles the life and work of Jane Addams and her coterie of mostly female helpers. Their mission: to ease burdens, offer hope and a helping hand to the city’s poor immigrant population while preserving their self-esteem, and to do so while sharing their ghettos, not commuting in from the luxurious, leafy suburbs.


I wanted to like this book—and its author—much more than I did. I admired her candor in admitting that young, idealistic woman from privileged backgrounds really have no idea what they’re doing, all good intentions aside. I appreciated her ferocity in championing the interests of Chicago’s poorest; her dawning recognition that overlaying their lives with upper crust culture might be a handicap rather than a hand up. I applauded her when she encouraged 2nd generation immigrant kids to respect and cherish the handicrafts of their elders. She traveled to Russia to meet her hero, Tolstoy, only to get a scolding from the literary giant for her preposterous leg o' mutton sleeves. She established a textile museum,and founded who knows how many clubs and organizations that promoted good fellowship and outreach for the downtrodden. She got all kinds of wonderfully humane laws passed about child labor, sought justice for union scabs, redirected immigrant girls who had been hustled into prostitution, and much more. So, why the lukewarm response for this first female Nobel Peace Prize winner?


I’m not sure, unless it’s the minor strain of self-righteousness in this weighty, very politicized recounting. I felt I was reading a sort of proto-socialism proclamation—and her contemporaries apparently shared my impressions, as she was often associated with the radical anarchist movements of the early 20th century. But then, Jane Addams did more in her life that I could ever hope to even consider, so who am I to even cast the tiniest shadow upon her glory? Her aspirations were noble: “...to feed the mind of the worker, to connect it with the larger world, outside of his immediate surroundings, has always been the object of art” (pg 435). But art for art’s sake sometimes falls short. She herself bemoans the futility of some of her work and recognizes the fleeting nature of the “...fanatic’s joy in seeing his own formula translated into action” (pg 269).


I think at the core, I’m sad she barely acknowledges (at least in this book) the self-same work being done by Christians in her neighborhood. And when she does, she dilutes the evangelical outreach by saying it's done to imitate Christ (and she makes up a quote from Jesus to substantiate her point of view...so weird!). If I hadn’t been reading a lot of other Victorian books by Christian authors, I might not have known from this book that any such Christian work took place, much less that it was widespread and hugely influential. Addams tended to view “religious” charities as somewhat disingenuous because such workers based their earthly efforts on eternal values.


“Twenty Years at Hull-House” is really a perfect representative of the changes to Chautauqua as it morphed from a Christ-centered training conference for Sunday School teachers to its current multi-cultural celebration of all things artistic. Settlement work, once confined to Christians (since they were the only population willing to help the extreme poor) was separated from its sacred roots and transplanted in the shallower field of charity by Jane’s contemporaries and cronies.


There is more than one form of poverty and the poverty of a hopeless life can be eased, but not transformed, by a new job or learning to play the piano. Jesus spoke truth when He admonished us that “the poor you have with you always.” For all Jane’s sacrificial work, huge swathes of urban Chicago remain essentially unchanged to this day. Hull-House has become a museum and the non-spiritual lionizing of art and culture seems to be a big part of its continuing mission. Because I believe, from experience, that only the Gospel transforms lives permanently, I have no hope of a beautiful painting, brilliant literature, a college degree or an inspiring song providing rescue from the deepest poverty. Only the Gospel offers forgiveness from sin and the expectation of a life of light and joy beyond this vale of broken dreams.

“Having a form of godliness but denying the Power thereof…” 2 Timothy 3:5
Posted by Karen at 7:29 AM