Through the Golden Gates 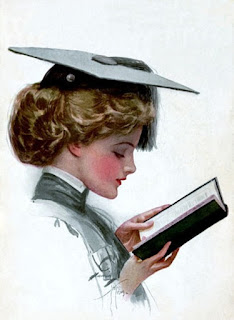 How did I wind up planning a day trip to a woodsy conference center whose heyday was in the mid-19th-century, for the sole purpose of walking through their legendary Golden Gates with other likeminded weirdos? If you know me at all, you’re probably saying “Uh-huh. Sounds like something she’d do.”

I pin the blame on Isabella Alden (aka “Pansy”), one of Victorian America’s most popular and revered Christian authors. Pansy’s work, unlike that of most of her peers, stands the test of time (notwithstanding the more-than-occasional Temperance plot points). Her warm, earnest, witty novels are richly detailed and beautifully written, crafted to awaken settled, snoozing Christians. Pansy doesn’t flinch at killing off main characters, beloved or not, and exposing the fetid underside of her world. Anything to sound the alarm for the smug churchgoing set. She’s become, hands down, my favorite author of any era.
My first encounter with Pansy was also my first encounter with Chautauqua (the Victorian-Edwardian Sunday School rallying center and present-day hangout for bougie suburbanites who love NPR). Once I met four maidens who encountered their Savior during one momentous summer in Pansy’s Four Girls at Chautauqua, I was smitten. I needed more. NEEDED. I stalked Ebay for Pansy’s books, buying e-versions when print copies weren’t available. I hounded the patient author of the Isabella Alden tribute blog (it’s perfectly marvelous!). I devoured Pansy’s The Hall in the Grove, Steven’s Mitchell’s Journey, Four Mothers at Chautauqua, and Eighty-Seven—more of her lovingly penned homages to the nation-spanning, artsy-booksy phenomena known as Chautauqua.
What started as a lark became an obsession. Since I live only a few hours down the freeway from the place itself, I took a day trip last summer. (The account of that visit can be found here on the Isabella Alden blog pages.) There I discovered that the Chautauqua Literary & Science Circle (CLSC), the reading club Pansy lauded and lionized in several of her books, still lived. In fact, it’s America’s longest running book club!
Well, the friendly archivist informed me that CLSC members could choose any 12 books from their historic booklist, originated in 1878 by Chautauqua founders. This list formed the correspondence school curriculum that provided a well-rounded, college-level education, aimed at mostly unlettered but self-motivated store clerks, housewives, and uppity chambermaids. Oh, bliss! I selected 12 Victorian-era texts and plunged in (see my list here). Any reader who completes their list in the allotted year is encouraged to join their “classmates” at Chautauqua for a traditional parade through the grounds, clad in white and bearing banners from former classes (I’ve got my eye on the Class of 1887 banner; that’s the Pansy Class, named for my favorite author herself!). The parade winds up at the Hall of Philosophy (aka The Hall in the Grove) via those legendary Golden Gates.  I’ll be walking in Pansy’s footsteps!
To adhere to the all-white graduation dress code and in homage to my Victorian book choices, I contemplated wearing my genuine 19th century petticoat (so handy when I was a Shakespeare-in-the-Park costume mistress). What could be more appropriate? But that kind of whimsy could quickly turn my semi-serious pursuit into a cosplay moment. And really, my inspiration has been less reenactment and more cultural immersion.
As my year’s reading progressed, I was floored by the rigor of the original 4-year CLSC courses. Members were TESTED on what they’d read, including languages (primarily German, French, and Latin!!), hard sciences, higher mathematics, history, astronomy, literature, and the arts. Today’s relaxed requirements, apparently simplified for a weak-brained contemporary audience, are to read 12 books. Period. Are we smarter or dumber these days? Pop quiz: Can you do long division in your head? Name the Roman emperors in order? Know any planet’s distance from the Sun? Me, neither. But Victorian CLSC grads were expected to.
Readers can always tell when an author is in love with her subject. For Pansy, every dawn-struck hillside and shoreline sunset, every chiming bell and steamship whistle, each fern-wreathed tree stump and Auditorium bench, every Doric column in the “Hall in the Grove” is a talisman. Here’s a good example of the love she lavishes on her favorite place: “It is impossible to describe to you the delight that was in the boy’s tones as the gleaming pillars of the Hall of Philosophy rose up before him; something in the purity and strength, and quaintness, seemed to have gotten possession of him. Whether it was a shadowy link between him and some ancient scholar or worshipper I cannot say, but certain it is that Robert Fenton, boy though he was, treading the Chautauquan avenues for the first time, felt his young heart thrill with a hope and a determination, neither of which he understood, every time he saw those gleaming pillars.” (The Hall in the Grove)
And through Pansy, I’ve come to love it, too. Only I realize I love a Chautauqua that exists only in her books—a place where Christ’s was the moving Spirit, where truth was sanctified by its relationship to the Fountain of Wisdom, where learning was a means to an end, and that end was to become better equipped to serve the One who created and loves His complex, beautiful, needy world.
“The Sovereign LORD has given me a well-instructed tongue, to know the word that sustains the weary. He wakens me morning by morning, wakens my ear to listen like one being instructed.” Isaiah 50:4
Posted by Karen at 12:16 PM