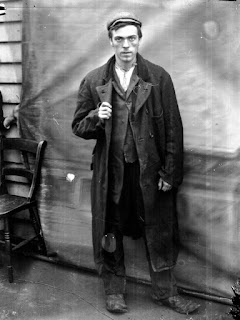 Education was the 19th century engine that transformed the American Dream into reality for many. So, it’s no wonder that the era’s Horatio Alger fan club whole-heartedly adopted Chautauqua’s mission of bringing the social and personal benefits of higher education and culture to the masses. Heralded by some as the salvation of the nation, these bootstrapping idealists were feared by those who sincerely felt untrammeled social reform was harmful to all involved. Why raise hopes in a chambermaid’s heart when, no matter how well-educated and culturally trained, she’d never be accepted in the right circles? (My Fair Lady, call your office). In 1881’s “The Hall in the Grove,” author Isabella "Pansy" Alden’s heart for the invisible underserved is delicately bleeding all over the pages. But rather than pooling in sticky sentiment, her pen’s blood pumps vivid, beautiful life into 19th century stock characters, like the small-town slacker. Let’s look at Paul Adams, today’s case study. (Backstory for Pansy's marvelous books--and my project--here.)


Nature
Chronic loafer Paul joins the CLSC at the invitation of Dr. Monteith, a childhood friend of Paul’s now deceased father. Paul stuns everyone, including and especially his bewildered mother, when his trademark mule-headedness is directed towards plowing through the massive, impenetrable Merivale’s History of Rome. No one is more shocked than Paul to discover a raging thirst for knowledge waking in his sleepy mind and shambling heart. Pansy delicately hints this could be a heritage from his scholar father, but leaves it uncertain as to why some low-born folks have an innately ravenous curiosity and simply MUST study. It’s a mystery.


Nurture
Attending the Centerville CLSC meetings in nicely decorated parlors with finely cultured people leaves its mark on Paul. To earn money for texts, Paul hires on to the local carpenter, a job that sands off rough edges in his soul while providing the opportunity for him to travel to Chautauqua. As he studies, Paul’s attitude toward life in general changes and he comes to respect others—and himself. He becomes the pet project of several Chautauquans, including his boss’s. He takes Latin, daydreams of greatness in the Hall in the Grove, and eventually scolds his benevolent, godly patron, Dr. Monteith, for de facto indicating that CLSC texts are more foundational than the Bible. Dr. Monteith is horrified to have given that impression and begs Paul’s forgiveness, wisely assessing Paul’s motivators by challenging him to read the Scripture with the same zeal he brought to his secular texts. (And if you think creating a zealous character named Paul whose boss is a carpenter isn’t intentional, you’re not yet hep to Isabella’s MO.)
Divine nature
Friend, family, and foe alike acknowledge that Paul’s unquenchable drive and remarkable mind betoken genuine genius. But it’s only after the young man’s spiritual awakening that he’s universally recognized as belonging to a new social stratum. Unlike Dr. Monteith, Isabella makes it crystal clear that secular education can only go so far. Without the light of Christ shining on every subject, the mind is only stocked with information, not truly enlightened. Created by God, for God, humans can only achieve their full potential as they look to the pure radiance of Christ. And that’s only accessible by divine regeneration and renewal. 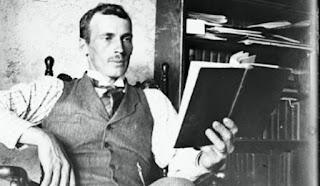 “And be not conformed to this world, but be ye transformed by the renewing of your minds, that ye may prove what is that good, and acceptable, and perfect, will of God.” Romans 12:2

"If any man be in Christ, he is a new creature. Old things are passed away, behold all things are become new." 2 Corinthians 5:17
Posted by Karen at 12:36 PM